Skip to content Skip to navigation
It's MEC's 49th birthday! Celebrate with 1,000+ deals on outdoor gear Free store pickup available at open stores: inside or at the storefront Store openings and updates during Covid-19
Change language
Français

Hometown
Nelson, BC
Resides
Victoria, BC

Tosh started climbing as soon as his parents dragged him up his first cliff in Nelson, BC.

Born to a climbing family, he found his passion for the sport at the age of 10, and competed on the Canadian youth climbing circuit. These comps took Tosh all over western Canada as he trained and pursued international success while finishing up high school.

Tosh feels most at home in the gym or at the crag, sharing laughs and sends with friends. Now attending university in Victoria for writing, Tosh continues to train to achieve his goals of competing on the world stage, and climbing the world’s hardest routes.

“Climbing means giving it all you’ve got, and sharing the experience with some really awesome people!” 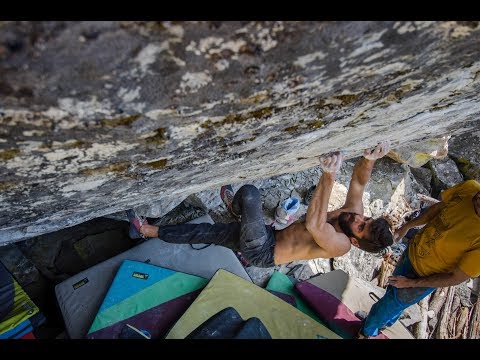 MEC Ambassador Tosh Sherkat returns home to the town of Nelson in an attempt to push himself and the local climbing community to the limit!