If you’re lucky enough to meet Coree at a future trail race, you’ll likely see him rocking his signature Speedo and a friendly smile. As a member of The North Face athlete team, Coree usually spends plenty of time gearing up for start lines – so what happens when most races are cancelled, as was the case in 2020?

For Coree, it meant creating his own start line: a fastest known time (FKT) attempt on the Ice Age Trail in Wisconsin. This route is a whopping 1,846 kilometres – more than twice as long as Ontario’s epic Bruce Trail – and it got even tougher with a mid-run injury.

Watch Coree in action and read more about his post-midnight running fuel, people he hopes to inspire, and his advice for runners facing the uncertainties of 2021. 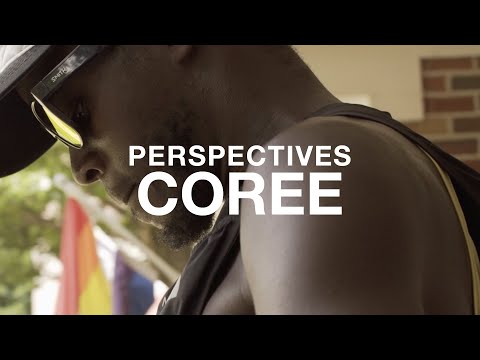 MEC: How did you get into ultrarunning?

Coree: I was first introduced to trail/ultrarunning when I moved to Boulder, Colorado, to try and become a professional triathlete. I started hanging out with some trail runners, and one suggested that I crew and pace him at the Leadville 100 Mile. I had no idea where Leadville was, or what it meant to crew or pace, but I agreed to it. The experience at Leadville was so awesome that I decided to quit triathlon and focus on running.

What challenges did you face to get to where you’re today?

It definitely hasn’t been easy. In college, I thought a marathon was “too long” and always said I’d never run one. I absolutely loved my first 50K, and signed up for my first 50-mile the week of Silver Rush 50M. I missed the podium at Silver Rush by 52 seconds, and I think that was what got the fire burning for trails and ultras. I wanted to become a sponsored athlete, but I didn’t really know anybody in the industry, what races to focus on, and had no idea how to move forward. Learning the process was probably the biggest challenge.

Who do you want to inspire?

One of my big goals is to inspire more people of colour, the LGBTQ+ community, and women to join in the outdoors. As a kid, and even as a young adult, I had no idea that trail racing was a sport. I had watched a few seasons of Eco-Challenge and never imagined that would be something I would do. I want everybody to feel like they have a place in the outdoors.

The North Face has a new line of trail running and hiking shoes, Vectiv – were you involved with product testing?

I’ve been running in the Vectiv shoes since May 2020. They’ve been used on everything from the Ice Age Trail, to the Presidential Traverse, to Flagstaff, Arizona, and now the trails of Las Vegas. I’m impressed with the Vectiv, but my favourite is actually the Vectiv Enduris — I love the cushioning in them, as most of the stuff I have been doing has been longer efforts. The Flight Vectiv is a pretty wild ride with the carbon plate. Personally, I’ve noticed the most impact on uphill running and the flats.

What’s your must-have gear for running?

The one piece of gear I have with me 90% of the time is The North Face Flight Futurelight Jacket (editor’s note: Futurelight is The North Face’s most advanced waterproof-breathable fabric). It’s a rain jacket, but also great in wind. Illinois fall/winter/spring weather is so unpredictable that I use this a lot on cool, windy mornings, and then stuff it in my pack as the day warms up. It’s also great when unexpected rain or snow showers roll in.

It’s after midnight and you’ve been on the trail for hours… what’s your go-to trail fuel?

Hahaha – the first thing I’m reaching for is some Red Bull with ginger ale. That’s always my go-to late in a 100-mile race. If I was on the trail alone, I’d probably get out a beer stashed in my pack, a UCAN energy bar, and a Snickers. During my Ice Age Trail FKT, after midnight was mostly crispy chicken sandwiches and cheeseburgers from gas stations.

What are your favourite ways to recover from a race, FKT challenge or major event?

My favorite recovery foods are a nice cold beer, a milkshake, and a burger or tacos. Then I’ll take a few days off running and either bike, hike, or maybe just watch Netflix. I don’t have a set recovery protocol, as I feel different after each effort. The main thing is to get some calories in, get my feet up as soon as possible, and then focus on sleep.

What tips would you give to runners who want to move up in their sport?

To the athlete trying to level-up or get sponsored, I’d say stay the course. In COVID-times, races aren’t happening often, so it’s a bit harder to get noticed for a standout performance. But you can still go after fastest known times or other personal projects. Sure, fast times and solid results are important, but so are the stories behind them.

What running goals and plans do you have 2021?

I’ll be attempting to set an FKT on the Arizona Trail and racing Expedition Oregon. So I guess my running goals are to continue to become a better runner, but also expand my outdoor skillset.

Any final advice for runners during the uncertainties of 2021?

Training doesn’t need to be epic. If you feel like running, go for a run. If you don’t feel like running, that’s okay too. You won’t completely lose fitness by taking some time off, and you can always get it back. Just be patient and kind with yourself.

Well said. Thanks for taking the time to chat with us, Coree, and best of luck with all your 2021 goals.

Outdoor adventurer who happens to prefer covering big miles on foot. Any surface, any distance. On a quest to find the best burger in America. Pronouns: he/him.